790 Teresi Ct is a stunning 4-plex apartment complex located in the thriving city of San Jose, CA. Situated on a parcel of land totaling 7,200 sqft, the subject property was originally constructed in 1959 and has a gross building area of approximately 3,600 sqft, offering its tenants beautifully designed 2-bedroom floor plans in a townhouse style with private backyards for each unit. Tech giants like Apple, Google, Facebook, IBM, Intel, eBay!, Cisco, Adobe, LinkedIn, and many others all call San Jose home, with ongoing plans for Google to increases their presence in San Jose by partnering with the City of San Jose to develop Downtown West, which is reported to encompass a transit hub. The newly released Downtown West Site Plan for the mixed-use project will not only bring a reported 20,000-25,000 workers downtown, but the proposed 6.5 million sqft of office space, and 500,000 sqft for retail, restaurants, arts, and education will all contribute to the demand for rental housing. 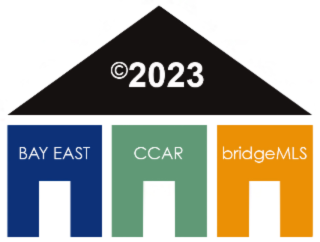 Bay East ©2021. CCAR ©2021. bridgeMLS ©2021. Information Deemed Reliable But Not Guaranteed. This information is being provided by the Bay East MLS, or CCAR MLS, or bridgeMLS. The listings presented here may or may not be listed by the Broker/Agent operating this website. This information is intended for the personal use of consumers and may not be used for any purpose other than to identify prospective properties consumers may be interested in purchasing. Copyright© Bay East© 2021. CCAR© 2021. EBRDI© 2021. All rights reserved. All Rights Reserved.

Your browser is out of date or unsupported. Some features of this website may not work until you update to a supported browser. More Info

Your browser is not currently supported. We recommend viewing REMAX.com and it's affiliated sites on one of the following browsers: